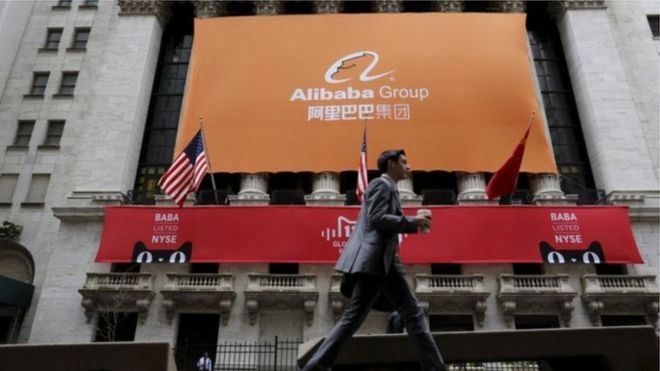 The firm, which was started by billionaire Jack Ma, also lifted its 2018 revenue forecast.

Alibaba is one of the world’s most valuable companies, and its shares nearly doubled in value last year.

The final quarter of the year is typically strong for the business, as Singles Day is held in November. Alibaba said $25.4bn was spent on its platforms during the shopping blitz in 2017,

But as the Chinese e-commerce market shows signs of saturation, it is looking to grow in other areas, including cloud computing and offline retail. Along with local rivals Tencent and JD.com, Alibaba has been investing heavily in brick-and-mortar retailers over the last year.

And on Thursday, it strengthened ties with digital payments affiliate Ant Financial, taking a 33% stake in the firm.

Financial payments are another way Alibaba hopes to make money, and observers say the investment was an important step ahead of the payment firm’s expected stock market flotation.

Last year the US blocked the $1.2bn sale of money transfer firm Moneygram to Ant Financial after regulators overseeing foreign investments refused to support the takeover.