Home
Learning
Back to school: Third of girls find personal appearance one of their biggest worries after summer holidays 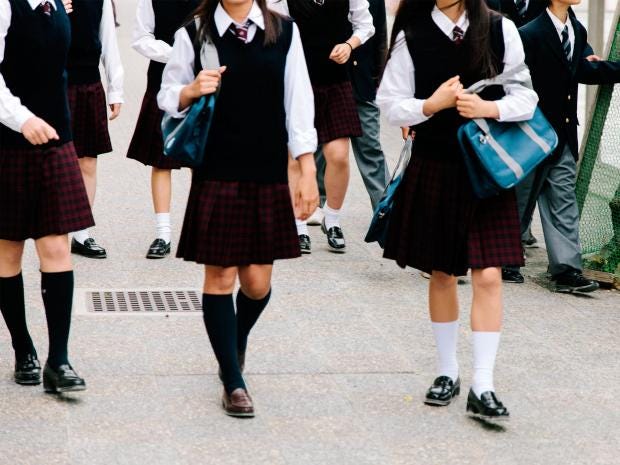 Going back to school can be an anxious time for pupils and parents alike, with new rules, textbooks and academic expectations often keeping children awake the night before the first day of term.

But in 2017, one of the biggest worries for young people heading back into the classroom is in fact the way they look, new research suggests.

Not only are girls more likely to have concerns about their appearance than boys as they return to school after the summer holidays, but all genders were found to become increasingly anxious as they get older.

The survey, commissioned by the Be Real Campaign, found that more than one in four (26 per cent) of secondary age pupils questioned said their appearance is one of the biggest worries about going back to school.

This is a higher proportion than those who were concerned about making friends, bullying and getting in trouble, but less than the proportion of those who were worried about exams, homework, having new teachers and new subjects and classes.

The survey found that of all of those surveyed, nearly a third (31 per cent) of girls said they were worried about their appearance, compared with 21 per cent of their male classmates.

Insecurities are said to grow with age, as more than 36 per cent of 16-year-olds said they were concerned about the way they looked compared with 17 per cent of 11-year-olds

When asked if they had any concerns about specific parts of their appearance as they return to school, the most common answer was spots, freckles and bad skin, followed by body shape and clothes.

The YouthSight online poll questioned 1,006 young people in the UK over a two-week period in the lead up to the new term.

Denise Hatton, chief executive of YMCA England & Wales, said: “Young people are constantly bombarded with images of unrealistic body types in the media, advertising and online, which can have devastating effects on their confidence and overall well-being.

“We know that some young people are so worried about their looks that it stops them from raising their hand in class or taking part in school activities, including PE.

“Schools are uniquely placed to support young people to hold positive discussions around body image with their peers and help reduce the negative impact low body confidence can have.

“In this digital age, it’s now more important than ever that we talk openly about body image, so that young people can feel comfortable in their skin and have one less thing to worry about when they are going through puberty, which is already one of the most difficult stages of their life.”