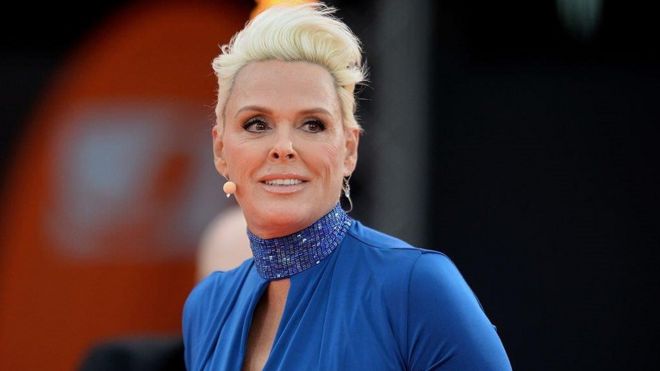 The news that Brigitte Nielsen has given birth at the age of 54 has focused attention on the rising numbers of older mothers.

The actress, who gave birth to daughter Frida in June, felt compelled to defend her decision to critics.

“Some women think, ‘Oh my God, I’m too old,’ But how many men have their first kids in their 60s and 70s and they never doubt it?

“I totally respect that not everybody likes it, but it is my life, and my husband and I have a solid relationship,” she told People magazine.

Nielsen married Mattia Dessi, who is 39, in 2006, and started freezing her eggs at 40. She said she was given a 3-4% chance of conceiving with her own eggs, and was successful after trying with IVF for 14 years.

Frida is her first child with Dessi, although the Danish actress has four other sons from previous marriages.

The numbers of older mothers are growing, with conception rates for women over 40 more than doubling since 1990.

Figures released this year by the Office of National Statistics (ONS) showed conception rates in 2016, the latest year there are figures for, had decreased in all age groups, except for those aged 40 and over, where the rate increased by 2%.

The data does not currently isolate those mothers who are over 50, but experts at fertility clinics say that anecdotally the numbers of women seeking treatment in their late 40s and 50s are rising.

Dr Janine Elson, group medical director of leading IVF clinic the CARE Fertility Group, says they are being approached by increasing numbers of women desiring to get pregnant over the age of 50, and have designed a new information leaflet specifically for those women.

She emphasised that although many older women have perfectly healthy children, the risks increase with age. Women over 50 will most likely be using donor eggs, unless they have frozen their own eggs when younger.

“We would do a more intense screening of women over the age of 50 as they are at a higher risk of early onset diabetes, high cholesterol and early breast cancer,” she says.

Despite the trend for older motherhood, anyone giving birth from their late 30s onwards is considered at a greater risk of raised blood pressure, pre-eclampsia and gestational diabetes. If they are using their own eggs, the risks of genetic abnormality increase with age.

Women in their 50s shouldn’t necessarily experience any problems with breastfeeding, but there may be the additional challenges posed by potentially going through the menopause after birth.

Dr Elson added: “Once you’ve got past the pregnancy, the hormones will subside and women may go into menopause and experience emotional fragility and hot flushes alongside sleepless nights from the baby.

“That said, women in their 50s may feel more comfortable asking for help and accessing services than much younger women.”

Another issue for much older mothers is a lack of peer support. Although mothers in their early 40s are now common at the school gates, there are far fewer to be found in their late 40s and 50s.

Dr Zeynep Gurtin, is Senior Research Associate at the London Women’s Clinic and visiting researcher at the Centre for Family Research, University of Cambridge.

“All mothers need support from peers and one of the issues is there aren’t any support groups for older mothers.”

“Nobody bats an eyelid about George Clooney becoming a father of twins aged 56. When it comes to fathers, we assume they can be more removed, less hands-on.

“Women, on the other hand, are accused of being selfish for leaving motherhood too late.”

The London Women’s clinic treats women with donor eggs up to the age of 54.

“We don’t have a national cut-off date in the UK, so we go with what we consider is appropriate, taking into account the welfare of the child. “

The clinic has also seen a threefold increase between 2004 and 2015 in younger women freezing their eggs.

On the NHS the availability of IVF treatment varies according to your area, and current guidelines only recommend funding for women up to 42 years of age.