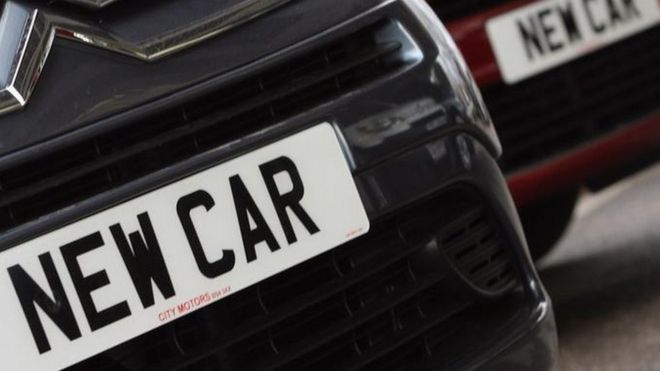 The car companies will accept trade-ins from any brand registered before 2010.

It comes as the “toughest ever” new-car emissions tests begin to be rolled out.

Kia and Renault are offering £2,000 off new models, for part-exchanged vehicles, all of which will be taken off the road.

Nissan is calling its scheme a “switch” scheme since not all the cars traded in will be scrapped. The firm is also offering a £2,000 incentive and encouraging customers to consider buying their all-electric Leaf model.

VW will give discounts of up to £6,000 to trade in diesel vehicles when buying a new car. Meanwhile, Toyota is offering up to £4,000 off models more than seven years old.

Amongst the biggest firms marketing cars in the UK only Peugeot, Landrover, Honda, Citroen, Fiat and Volvo, have not announced trade-in schemes.

Car manufacturers have been under increasing political pressure, especially in Germany, to encourage consumers to buy less polluting cars.

It follows VW’s “Dieselgate” scandal, in which 11 million vehicles worldwide were found to have cheated on emissions tests.

VW’s UK scheme, which includes all its UK brands – including Audi, Seat, Skoda and VW Commercial Vehicles – follows an initiative launched in Germany.

Its UK scheme will apply to any diesel vehicle that has emissions standards lower than Euro 5 and was registered before 2010.

Electric and hybrid vehicles, which attract government grants, will be included in the scheme.

Tim Urquhart, principal analyst at IHS Automotive, said the move was both about restoring VW’s credibility after “dieselgate” and boosting sales.

“We’ve seen a bit of a drop in the UK car market this year after years of really accelerated growth. I think the manufacturers are looking to get people into their showrooms,” he told the BBC’s Today programme.

“At the same time VW are showing they are being socially responsible. They are getting some of these older diesel vehicles off the roads.”

Jim Holder, editorial director of Haymarket Automotive, told the BBC that VW’s scrappage incentives would vary from country to country, due to factors such as transport costs and vehicles being cheaper in its home market.

However, he said VW would probably have pitched their discounts in order to compete with rival schemes in the UK market.

VW’s UK scheme offers substantially higher discounts than some of its competitors, which seem to hover around the £2,000 mark as an upper limit.

However, Mr Holder said it was not clear what impact the VW scheme would have on vehicle sales.

“Owners of older vehicles typically don’t have the money to spend on a new vehicle, even with these discounts – in normal circumstances it would be far more likely that they would trade up to another, less old, used car.”

Toyota’s scheme runs from 1 September to 31 December and is open to any vehicle more than seven years old.

Paul Van der Burgh, Toyota GB managing director, said: “Our scrappage scheme is a win-win solution. Motorists can dispose of their older vehicles and have access to our cleaner, more efficient model range.”

It comes as tougher emissions tests begin to be rolled out across the European Union on Friday.

As well as a new laboratory test, all newly launched car models will have to undergo robust “on-road” testing before they go on sale.

The Society of Motor Manufacturers and Traders said the tests would better reflect modern driving habits. They will also be more stringent than any other vehicle testing regime in the world.

Chief executive Mike Hawes said: “Combined, these new and demanding tests will soon give consumers emissions performance information that is far closer to what they experience behind the wheel.

“They will also inspire greater confidence that the new cars they buy are not only the cleanest, but the most fuel efficient ever produced.”