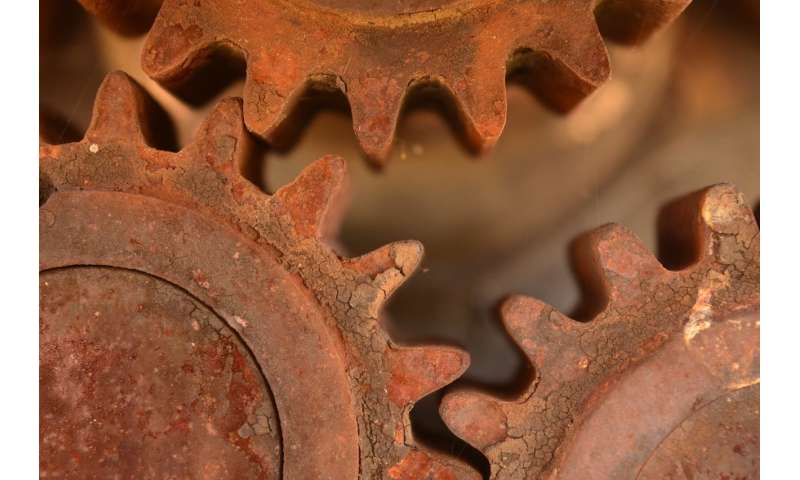 The process in which metals are converted into their more chemically-stable oxides or sulfides is known as corrosion. This process is often a result of a chemical or electrochemical reaction between the surface of the metal and its surrounding environment. Generally, the word ‘corrosion’ is associated with the electrochemical oxidation of refined metals upon reaction with atmospheric oxygen or the sulfates in its surroundings. The rusting of iron is also an electrochemical reaction which results in the formation of multiple oxides of iron, including Fe2O3 and FeO. One of the most common causes of corrosion is exposure to moisture. When the surface of a metal or an alloy is exposed to atmospheric oxygen in the presence of moisture, it eventually forms oxides and undergoes degradation.

When two metal surfaces are placed in contact with each other in the presence of an electrolyte, the more active metal acts as an anode and undergoes corrosion. The metal at the cathode also undergoes corrosion, but at a much slower rate. This type of corrosion is very common in metals that are exposed to water containing high amounts of dissolved salts, such as seawater. It is interesting to note that seawater also contains a very small amount of deuterium oxide, also known as heavy water.

The heating of metals to very high temperatures can result in a form of corrosion known as high-temperature corrosion. This occurs when the hot metal surface is exposed to atmospheric oxidizing agents such as oxygen and sulfur. However, this form of corrosion can prove advantageous in some situations. For example, when an oxide layer is formed on the surface of stainless steel (as a result of corrosion), the inner layers are protected from further atmospheric attack. This enables the sustained usage of the metal at both room temperature and high temperatures.

To learn more about corrosion and other related topics, subscribe to the BYJU’S YouTube channel and enable notifications.