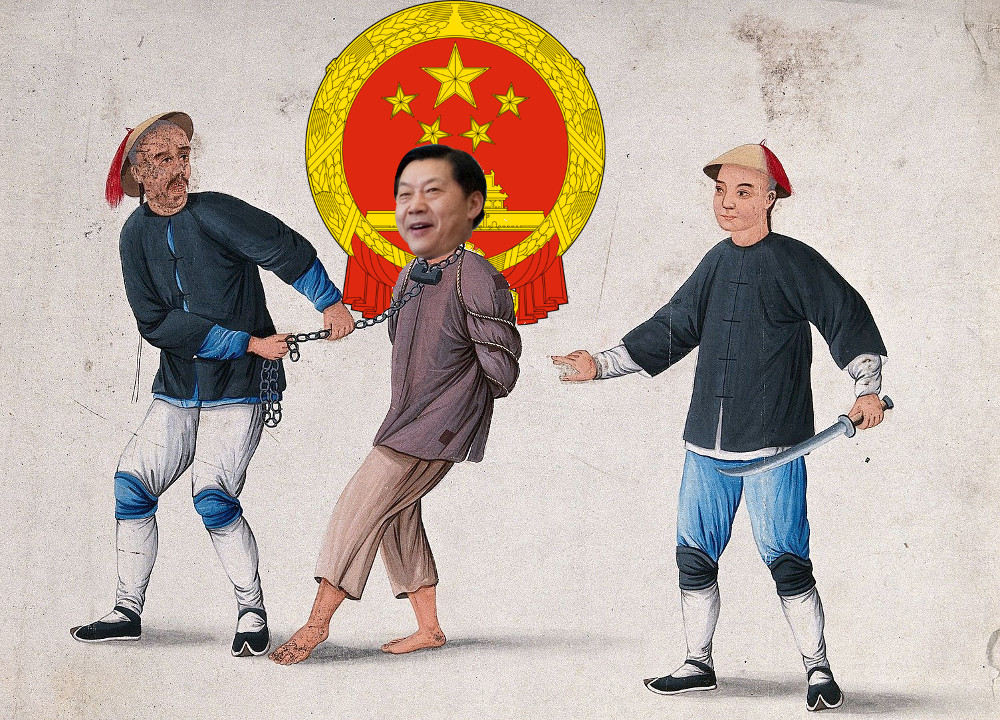 It’s been months since Xi Jinping secured another five years in office and got his second five-year plan through Chinese Communist Party, and he’s cleaning house: last week, the Chinese state news agency announced that Lu Wei, one of the most powerful internet policymakers in the world, had been fired, purged from the Party, and would be prosecuted for corruption.

Since 2014, Lu Wei served as the inaugural head of China’s Cyberspace Administration, and was the architect of modern Chinese internet censorship and surveillance, waging (and winning) high-profile wars against western internet giants.

Lu has been on leave pending the corruption charges since June, and during his limbo, the Cyberspace Administration has tightened its grip on the Chinese internet, cracking down on VPNs and social media, requiring foreign companies to store data within Chinese borders (and within the jurisdiction of Chinese law enforcement and spies), and expanding the scope of banned topics.

Lu’s rapsheet reads like a Cultural Revolution ritual confession — all it’s missing is epithets like “rascal” and “hooligan” — and it paints a picture of an autocratic, philandering, exploitative jerk who lied to his bosses when they gave him orders he didn’t like, funneled state funds into his personal balances, bullied his reports and isolated whistleblowers and anyone who didn’t lick his boots.

Investigations found that Lu Wei severely violated the party’s political discipline and rules, and covertly refused to implement the party’s policies while appearing to be obedient. He was defiant of rules, acted wantonly, and made irresponsible comments on the central leadership. He obstructed the central leadership’s discipline inspections. With inflated ambition, he abused public resources for personal purposes, and unscrupulously sought personal influence. With evil conduct, he framed others anonymously and formed “small cliques.” He severely violated the central leadership’s eight-point regulations and discipline in relation with the public. He frequented private clubs, sought privileges waywardly, and acted arbitrarily and tyrannically. He violated organizational discipline, failing to speak the truth during investigations. He violated anti-graft discipline, trading power for personal gains. He violated work discipline, selectively implementing the central leadership’s cyberspace management strategy. He traded power for sex and was shameless. He took advantage of his post to seek profits for others and accepted a huge amount of property. He is suspected of bribery-taking.

As a top-level official of the party, Lu Wei has lost all his ideals and beliefs and has forgotten the party spirit and principles. He has betrayed each and every important political requirement and major discipline for party members. He is a typical two-faced person. He showed no signs of restraint after the party’s 18th congress. His wrongdoings are of a grave nature and resulted in a strong public outcry. He is a good example of having both political and economic wrongdoings. His case is extremely bad and particularly serious.