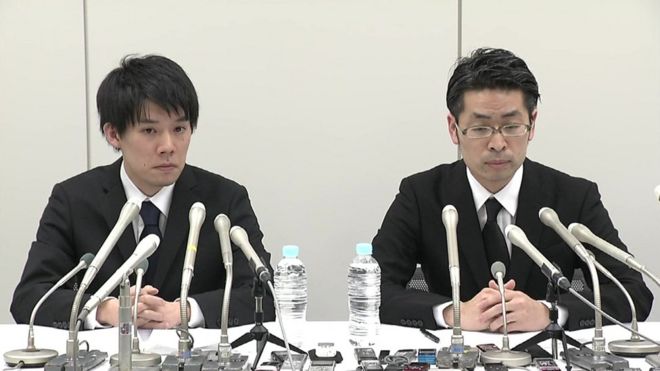 One of Japan’s largest digital currency exchanges has said it will refund most of the $534m (£380m) worth of virtual assets lost in a hacking attack.

Coincheck has promised to use its own funds to reimburse more than 46bn yen ($423m) to customers who lost their NEM cryptocurrency coins on Friday.

The Tokyo-based company suspended trading after detecting “unauthorised access” of its digital exchange.

Some 260,000 customers are said to be affected by the reported theft.

Coincheck said on Sunday that the amount it has promised to return covers nearly 90% of the 58bn yen worth of NEM coins lost in the attack.

After the breach was discovered on Friday, the company froze deposits and withdrawals for all cryptocurrencies except Bitcoin as it assessed its losses in NEM, a lesser-known currency.

The stolen Coincheck assets were said to be kept in a “hot wallet”, which is a part of the exchange connected to the internet, as opposed to a “cold wallet”, where funds are stored securely offline.

The company says it has the digital address of where the assets were sent.

As many as 10,000 businesses in Japan are said to accept cryptocurrencies.

In 2014 MtGox, another Tokyo exchange, collapsed after admitting that $400m had been stolen from its network.

What do we know about the hack?

Hackers broke in at 02:57 on Friday (17:57 GMT Thursday), the company said in a statement, but the breach was not discovered until 11:25, nearly eight and a half hours later.

“It’s worth 58bn yen based on the calculation at the rate when detected,” he told reporters at the Tokyo Stock Exchange.

Coincheck then looked into how many customers were affected and whether the break-in had been launched from Japan or another country.

“We know where the funds were sent,” Mr Otsuka added. “We are tracing them and if we’re able to continue tracking, it may be possible to recover them.”

Coincheck reported the incident to the police and to Japan’s Financial Services Agency.

How damaging is the loss?

Among the other cryptocurrencies, Bitcoin dropped 3.4% and Ripple retreated 9.9% on Friday, according to prices seen by the agency.

After the collapse of MtGox shook the digital currency world, a licensing system was introduced in Japan to increase oversight of local currency exchanges such as Coincheck.

“Japan is one of the most pro-crypto trading countries, among the G-20. In Japan they don’t really want a wholesale clampdown. So it will be interesting how Japanese regulators respond to this, if they indeed do.”

Founded in 2012, the company is based in Tokyo, where it employed 71 people as of August last year.

Its headquarters are located in the city’s Shibuya district, an area popular with start-ups that was also home to MtGox, Bloomberg reports.

“I never thought this kind of thing would happen with Japan’s developed legislation,” he said.

How do crypto-currencies work?

Whereas money is printed by governments or traditional banks, digital currencies are generated through a complex process known as “mining”. Transactions are then monitored by a network of computers across the world using a technology called blockchain.

There are thousands of them, largely existing online, unlike the notes or coins in your pocket.

It may be more useful to think of them as assets, rather than digital cash. The vast majority of Bitcoin holders, for instance, appear to be investors. But the anonymity that cryptocurrencies afford has also attracted criminals.

The value of a cryptocurrency is determined by how much people are willing to buy and sell them for.