A study published Wednesday in the New England Journal of Medicine notes a potentially troubling connection between the flu and a heightened risk of heart problems among older patients.

Researchers said they found that having a heart attack was six times more likely in the first week after getting the flu, compared to the year before and the year after the illness is contracted.

Researchers combed through more than five years of hospital and lab records in Ontario. In their search, they uncovered 332 patients, most of whom were elderly, who were confirmed to have had the flu and had a heart attack within the year. 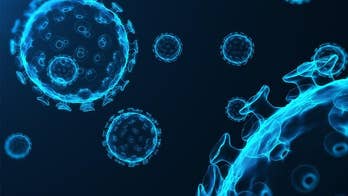 Of those, 20 patients had a heart attack within a week of getting the disease and six of them ultimately died.

“The increased risk was only in that first week,” lead author Dr. Jeffrey Kwong of the Institute for Clinical Evaluative Sciences in Toronto said.

The general connection between heart risk and the flu isn’t new, which is why physicians recommend that most people get a flu shot.

The disease can cause swelling or inflammation in the coronary arteries, which can release plaque and trigger blockages, cutting off blood flow.

Adding to that is the strain that flu and other viral infections place on already weakened hearts. Lung infections make it harder for people to breathe, so the heart has to pump harder to get oxygenated blood out to every part of the body.

In the study, researchers also found an increased chance of a heart attack within the first week of diagnosis for other diseases. The risk was about three and a half times higher with respiratory syncytial virus, or RSV, and nearly three times higher for a random collection of germs, including the common cold.