The PC market has been out of favor over the past few years, due to longer upgrade cycles and the rise of smartphones and tablets. 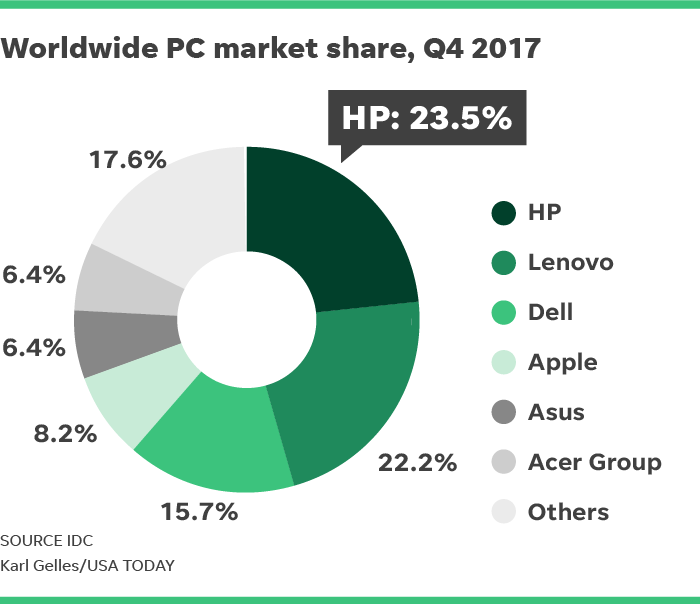 During the quarter, only three vendors — HP (NYSE: HPQ), Dell, and Apple (NASDAQ: AAPL) — posted year-over-year growth in shipments. HP reported its seventh straight quarter of positive growth, thanks to robust sales of consumer and enterprise PCs. Its shipment volumes exceeded 16 million units “for the first time since the third quarter of 2011.”

Dell shipped more than 11 million units for the first time in 2017, but the company was still overshadowed in the U.S. market by HP. Apple dominated the non-Windows market with its Mac lineup, which hit nearly 6 million shipments.

Annual shipments of PCs still slipped 0.2% in 2017, but that represents the industry’s most stable year since 2011