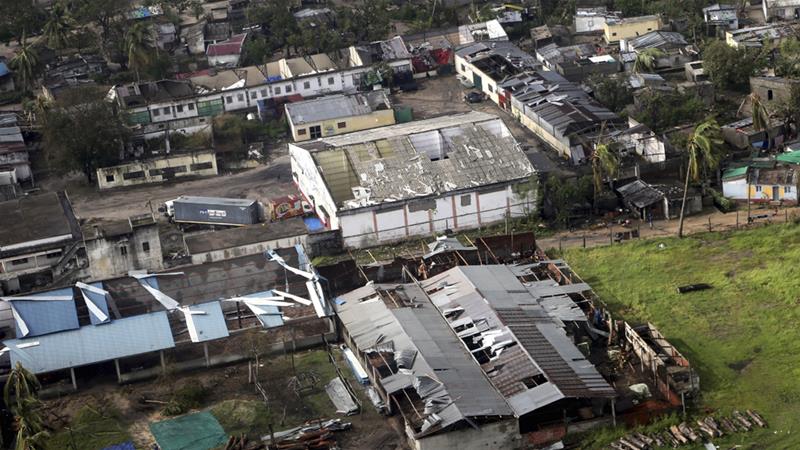 Residents of the Mozambican port city of Beira continue to desperately wait for aid in the aftermath of Cyclone Idai, as fears rose that the death toll could soar.

Beira, a low-lying city of 500,000 residents, was the worst hit by the tropical cyclone which struck with winds up to 170 kilometres per hour last Thursday, before moving inland to Zimbabwe and Malawi.

The situation in Beira was desperate as residents suffered shortages of food, water and other essentials one week after a devastating cyclone.

The number of deaths in Mozambique could be beyond the 1,000 predicted by the country’s president earlier this week, said Elhadj As Sy, the secretary-general of the International Federation of Red Cross and Red Crescent Societies (IFRC).

In addition to worries about the number of dead, As Sy told The Associated Press news agency that the humanitarian need is great.

Al Jazeera’s Fahmida Miller, reporting from Beira, said the rescue operations were ongoing but not at the pace that people want.

“Aid agencies are doing whatever they can to help, but there are a number of challenges. Reaching some of the areas is very difficult because the area is just so vast.

“The number one concern here is water; the water here has been contaminated. We expect that emergency personnel will continue to find the bodies of people in the water as well as of animals, so the need for [clean] water is very dire as well as food.”

Rescue teams and the government were deciding how best to help them, she said, either by airlifting them to safety or dropping supplies.

As Sy described the situation as “simply horrendous”.

“Three thousand people who are living in a school that has 15 classrooms and six, only six, toilets. You can imagine how much we are sitting on a water and sanitation ticking bomb.”

The only reliable way into Beira is by air or boat. Roads and bridges have been washed away. Stranded cross-border truck drivers said they had been told that road repairs could take anything from 10 days to a month.

A worker at a Chinese firm rebuilding one route who did not want to be identified said progress was slow.

Thousands of people were making a grim voyage towards the city of Beira, which although 90 percent destroyed has become a centre for frantic rescue efforts throughout the region.

Some walked along roads carved away by the raging waters a week ago. Others, hundreds of them, were ferried in an extraordinary makeshift effort by local fishermen who plucked stranded people from small islands.

Zimbabwe’s defence minister said more than 120 bodies had been washed into neighbouring Mozambique, where they had been buried, bringing the country’s total deaths to at least 259.

In Malawi, around 56 were known killed.

Around 15,000 people were still missing in Mozambique, Correia said late on Thursday.

Zimbabwe has declared two days of mourning beginning on Saturday.

“There have been three security incidents today, all food related,” he told his team, without giving further details.

Cartnady also said a group of 60 people had been discovered trapped by flood water in an area north of Beira during a reconnaissance flight.

The storm’s torrential rains caused the Buzi and Pungwe rivers, whose mouths are in the Beira area, to burst their banks.

Most of the city remains without power.

Zimbabwe’s Ministry of Information said at least 30 students, two headmasters and a teacher from three schools were missing in the eastern region of the country.

In the capital Harare, there were shortages of diesel, leading to long queues following reports earlier this week that a control room for the pipeline in Beira that transports fuel to Zimbabwe had been damaged