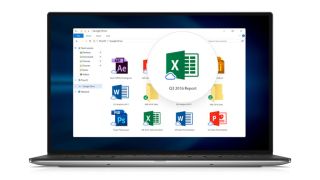 Google has officially announced in a blog post that its Drive application for desktop is being shut down to make way for the next generation cloud synchronization solutions. Support for the existing app shall be stopped from December 11, 2017, and it will cease to work permanently on March 12, 2018.

Do note that the Google Drive service is not going anywhere, it is only the PC and Mac apps that are being discontinued. Those who are using the said applications will start to see the ‘going away’ notification from October onwards. If you access the Google Drive through the web, this termination won’t affect you at all and you can continue using the cloud service through your web browser.

Alternatives of the Google Drive App

Basically, there are two replacements of the Google Drive app for PC and Mac. The first and the easiest one is the ‘Backup and Sync’, while for the enterprise users, there is the ‘Drive File Streamer’. Let’s talk a bit about them.

Speaking of usability, the Backup and Sync works very similarly to the Google Drive software and normal users won’t feel much difference in shifting to it.

Google has also enabled the support for offline access in the Drive File Stream application. You just need to pre-select the files or folders which you wish to use without being connected to the internet and the app intelligently store them on your PC storage.

This is purely meant for the professionals and is currently being beta tested by some G Suite Enterprise, Business and Education customers. As its name suggests, the Drive File Stream is an advanced cloud synchronizing solution that is mostly based on live streaming contents directly from the web.

Unlike the Google Drive, you would not need to download the files to your desktop, but, Drive File Stream shall straightway stream them to your PC or Mac. You will be able to use those files as if they are stored on your computer’s storage. This is going to save a lot of disk space and also save you from the hassle of downloading a file and then opening it.

With Drive File Stream, you may work with Drive files directly from the application of your choice, for example, Microsoft Word and Adobe Photoshop. Any alterations you make to files in those apps are saved automatically to Drive and you can access them later from any of your devices.