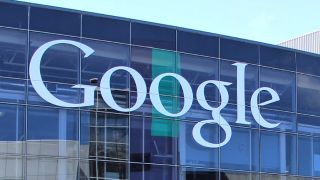 Jon von Tetzchner, co-founder of the Vivaldi web browser, has accused Google of using its position as the most popular search engine in the world to bully its competitors.

The accusation comes in a blog post on the Vivaldi website, where von Tetzchner recounts his history of working alongside Google. While the two companies are rivals, the Vivaldi browser is built on Chromium, an open source project led by Google, and von Tetzchner’s early experiences of Google were positive.

However, according to von Tetzchner the more popular Google – and its services – became, the more it used its position to muscle out competition. He cites an example with Google making its popular Google Docs service incompatible with the Opera browser. “These services were great, gained quick popularity, but also exposed the darker side of Google. Not only were these services made to be incompatible with Opera, but also encouraged users to switch their browsers.”

It’s alleged by von Tetzchner that Google’s behaviour further worsened when it built its own web browser, Chrome. But now something else has happened that has caused von Tetzchner to speak out.

According to von Tetzchner, Vivaldi’s AdWords campaigns were suspended without warning by Google, the second time this has happened. With the AdWords service, Google has become the largest online advertising company in the world, so being suspended from using it can have big repercussions.

To von Tetzchner the timing was suspicious, as it came after Wired published an article by him where he called out Google (and Facebook) for how they collect and use information from their users. According to von Tetzchner, “When we reached out to Google to resolve the issue, we got a clarification masqueraded in the form of vague terms and conditions, some of which, they admitted themselves, were not a ‘hard’ requirement.”

After working with Google, Vivaldi’s AdWords account was reinstated, but it has left von Tetzchner calling for regulation of Google due to its position as a monopoly in both search and advertising.

While this could be a case of a competitor lashing out at its more popular rival, and the timing of Vivaldi’s AdWords suspension merely a coincidence, there has been growing concern from many quarters about Google’s apparent anti-competitive practises. Many people may find themselves nodding in agreement with von Tetzchner, who says “I am saddened by this makeover of a geeky, positive company into the bully they are in 2017.”

We’ve reached out to Google for a comment on these allegations and will update the story when we hear back.