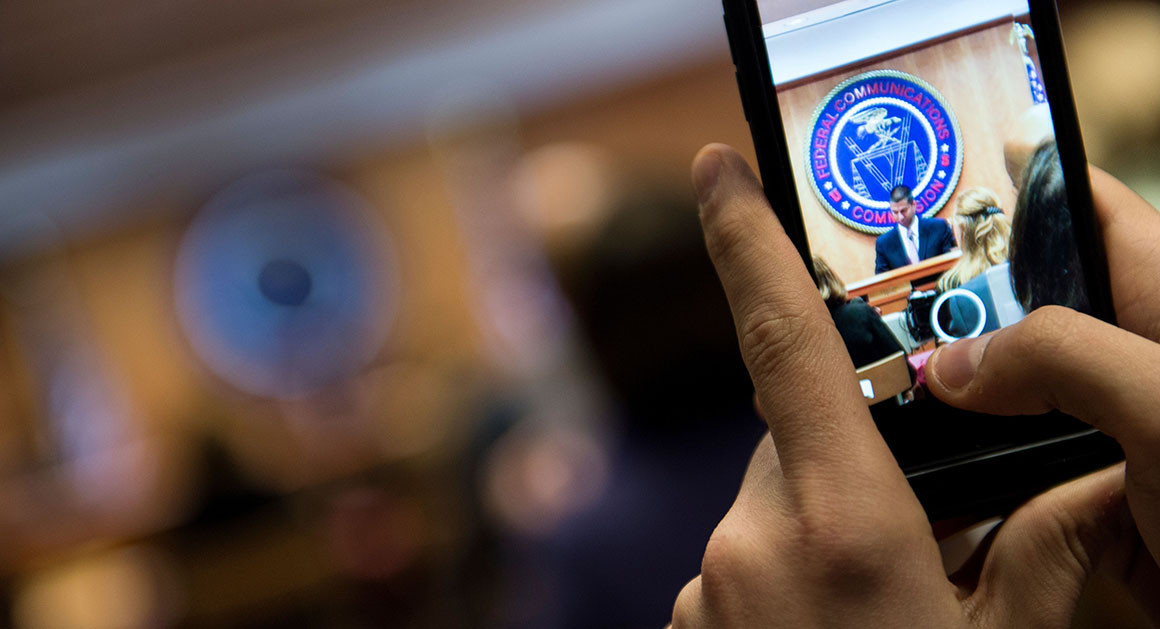 The repeal of net neutrality ushers in a new chapter of the internet that could eventually transform the way Americans communicate, shop and consume information online.

The Federal Communications Commission’s party-line vote Thursday to dump the Obama-era rules, which required internet service providers to treat all Web traffic equally, opens the door for companies like Verizon and AT&T to experiment with new business models free from government regulation.

ISPs point to an array of possible pro-consumer outcomes like “family friendly” broadband packages that block content not suitable for children, or guaranteed fast speeds for health-related mobile applications. But net neutrality advocates paint an array of troubling scenarios — from smaller websites like the crafts marketplace Etsy and streaming service Vimeo forced to pay tolls to reach consumers, to cable giants like Comcast blocking or slowing disfavored sites while giving priority to their own content.

“You will see fast lanes and slow lanes. You can’t have fast lanes without slow lanes,” said Gigi Sohn, a net neutrality advocate who worked as an FCC aide when the rules were passed in 2015. “That will mean some of your websites are going to load slower, and some you like, mainly the smaller ones, may cease to exist because they can’t pay to get to customers faster.”

Thursday’s move comes amid a rapidly changing media environment in which the internet is hotly contested turf. Big media companies like Disney, which just announced plans to acquire 21st Century Fox film and TV assets in a $52 billion deal, will still have the resources to negotiate deals with internet providers for preferential access to consumers — but net neutrality advocates fear that smaller competitors and innovative startups will find themselves priced out.

By signing up you agree to receive email newsletters or alerts from POLITICO. You can unsubscribe at any time.

“As a result of today’s misguided action, our broadband providers will get extraordinary new powers. They will have the power to block websites, the power to throttle services, and the power to censor online content,” Democratic FCC Commissioner Jessica Rosenworcel said at Thursday’s meeting. “They will have the right to discriminate and favor the internet traffic of those companies with whom they have pay-for-play arrangements and the right to consign all others to a slow and bumpy road.”

The FCC’s Republican majority, led by Chairman Ajit Pai, and the major internet providers are adamant that the regulatory rollback won’t change things for Americans.

Claims that the net neutrality repeal will destroy the internet are “a scary bedtime story for the children of telecom geeks,” GOP Commissioner Mike O’Rielly said Thursday. ISPs say they have no plans to engage in some of the nefarious practices the activists are warning about.

The hype around net neutrality “has given the public an over-exaggerated and catastrophic image of what is likely and is going to happen,” said Michael Powell, head of the cable industry trade group NCTA and himself a former Republican FCC chairman.

But critics foresee an eventual fracturing of the internet, as some websites and streaming services get a speed advantage over others. And they fear the internet will someday look more like cable TV, with providers acting as gatekeepers, channeling people into bundled packages of websites, apps and services rather than offering unfettered access to the Web.

The big internet providers will be on their “good behavior” in the short term, as expected litigation over the FCC’s order plays out, he said. But over the long term he expects them to start making changes, like charging websites to upgrade “interconnection” points between networks or extracting fees from sites for faster access to their online customers — all shielded by nondisclosure agreements.

“This is no longer a debate among tech nerds,” he said. “Over the last few years, as more and more consumers have come to realize the importance of an open Internet, a broad pro-net neutrality consensus has emerged.”

The wireless industry has already flirted with preferential treatment of some Web traffic, in the form of so-called zero-rating or sponsored data programs. They offer customers a way to stream video content and access other services without it counting against their monthly data caps. For example, T-Mobile customers can use the company’s “Binge On” program to stream Netflix videos. The previous, Democratic-led FCC warned that some of these practices violate net neutrality principles, a stance that Pai rejected when he took over as chairman earlier this year.

While most of the major internet providers have said they have no intention of blocking or throttling Web traffic, the companies are more vague on the issue of “paid prioritization,” or creating fast lanes for businesses that pay more.

Verizon supports a ban on the practice in situations where there is “harm to competition or consumers.” AT&T says it will not “unfairly discriminate in our treatment of internet traffic.” Charter says it’s never included internet fast lanes in its business plans and has no plans change course. Comcast also has “no plans” to enter into paid prioritization agreements but did not address whether such plans could change in the future.

All four companies declined to make a representative available for an interview last week, pointing instead to previous statements by executives.

The FCC, in its repeal order, argues that eliminating the ban on fast lanes could spur innovation in the marketplace. O’Rielly on Thursday said he thinks such arrangements could be useful to some kinds of driverless cars, which need to transmit and receive data to communicate with transportation infrastructure like stoplights and potentially other vehicles.

“Clearly, there are cases today and many more that will develop in time in which the option of a paid prioritization offering would be a necessity based on either technology or needs of consumer welfare,” he said.

But advocates of the 2015 rules believe the repeal is the beginning of a darker phase of the internet.

“The loss of net neutrality means the loss of your fundamental rights,” said Matt Wood, policy director of advocacy group Free Press. “ISPs shouldn’t discriminate against internet content and your choices online. Now they can.”