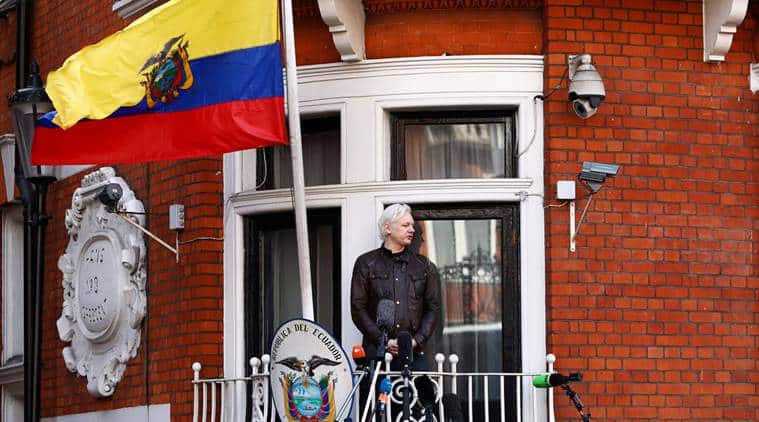 Wikileaks founder Julian Assange is likely to be expelled from his hideout at the Ecuador Embassy in London, where he had sought asylum six years ago, after Ecuador President Lenin Moreno said that the Australian should go, according to a media report on Saturday.

Assange, 47, has been living in Ecuador Embassy in Knightsbridge in central London since 2012 when he was granted political asylum.

“I expect (Assange) to lose his asylum status imminently. This means, he will be expelled from the embassy. When this will happen is impossible to say,” a source related to the case was quoted as saying by “The Times” newspaper.

The Ecuador President had recently made a statement in Spain that nobody should remain in asylum “for too long”.

“I have never been in favour of Assange’s activity,” Moreno had said at an event in Madrid earlier this week.

“I have never agreed with the interventions in people’s private emails in order to obtain information, however valuable it may be, to bring out certain undesirable acts of governments or people, not in that way. There are correct and legal ways to do it,” he had said.

An assistant of Assange, an Australian national – who fears being extradited to the US where he is wanted for leaking secretive documents via Wikileaks, has criticised the Ecuador President for ending the asylum status.

The crisis had prompted contingency plans for him to leave in “hours, days or weeks”, one of Assange’s team member was quoted as saying in the report.

Assange took refuge at the Ecuador Embassy after losing an appeal against extradition to Sweden for questioning on allegations of rape and sexual assault that went to the Supreme Court.

While the Swedish case has since been dropped, Assange is still wanted by Scotland Yard for breach of bail and faces arrest the moment he steps out of the diplomatically immune territory.

Assange had been granted asylum six years ago on the grounds that he feared extradition to America, where he faced a possible death sentence or torture.

Moreno indicated that negotiations with Britain might have resulted in a guarantee that he would not face the death penalty if he were extradited.

“What we want is for his life not to be in danger,” he said.

This could clear the way for possible extradition of Assange to the US, once the threat of the death penalty is lifted.

Jeff Sessions, the US attorney-general, has made clear that the Donald Trump administration is seeking his arrest.

Meanwhile, Assange’s medical condition has been aggravated in the ongoing heatwave in the UK amid growing reports of an increasingly uncomfortable relationship between embassy staff and the man they call “the guest”.

Jennifer Robinson, Assange’s lawyer in London, said that she met him earlier in the week and remained concerned for his health.

She said: “It’s an untenable situation. He’s under a huge amount of pressure. If they do remove his protection, we will go to the courts to protect him.

“We are preparing to defend him in the British courts and will fight extradition to the US. We don’t have any indication of timeframe. This is a very serious situation, one that we are very concerned about. It’s a matter for Ecuador, the UK, the US and Australia.”