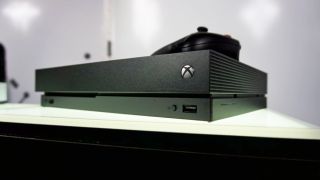 The saga of keyboard and mouse support for the Xbox console series is one that’s been running for years, so take these new developments in that context, but Xbox Platform CVP Mike Ybarra has hinted that Xbox games with support for the classic PC peripherals aren’t too far off.

“You’ll see our first games supporting keyboard and mouse soon,” Ybarra said at PAX West, Windows Central reports. “I can’t announce what that is, but soon. And based on developer interest, they’ll choose to do keyboard and mouse, or not!”

We’ve seen a limited amount of keyboard and mouse support already on the Xbox platform, thanks to UWP (Universal Windows Platform) support in the Better Together Minecraft beta, as well as hardware add-ons like the XIM4 adapter – but this would be true, native support from the developer side.

Being able to use the precision of a mouse and keyboard would of course benefit gamers, especially on certain types of games, but it raises the possibility of being able to gain an unfair advantage when you’re playing online against people using standard controllers, and Microsoft is well aware of that.

“We have to be very smart in how we do that,” Ybarra says. “We’ll leave it a lot up to developer choice. A lot of people tweet me and say ‘you can’t do this because of fairness’, and we understand that.”

One way Microsoft might solve the problem is by splitting gaming groups into the types of controllers used, but for now we just don’t know what’s in the pipeline. Overall though, the change would be a positive one for gamers and for using an Xbox for non-gaming apps.