A father in the U.K. is claiming his son’s energy drink “addiction” led to his suicide at the age of 25.

Keiron Bartholomew told The Mirror his son Justin would drink at least 15 cans of energy drink a day, which he believes contributed to his death in August.

“His brother Daniel would look in the back of the van and see piles and piles of empty energy drink cans. We’d clear them out and the next day there would be more again,” Bartholomew told the Mirror.

Justin told his dad trying to give up energy drinks was like trying to quit smoking.  (Facebook)

When his dad told him he should wean himself off the drinks, Justin told him he couldn’t stop and that it was like trying to quit smoking.

Justin struggled with anxiety and depression, and had previously tried to take his own life after the breakup of his marriage. However, his father believes his son’s unhealthy energy drink habit only made his mental health problems worse.

“It’s a double-edged sword – energy drinks are bad for you because of the sugar and the caffeine,” Bartholomew told the Mirror. “But, also, if you are drinking these drinks and you have depression, it is a lethal combination.”

A 12-ounce can of Red Bull contains 37 grams of sugar and 111 milligrams of caffeine, about the same amount as a double espresso. 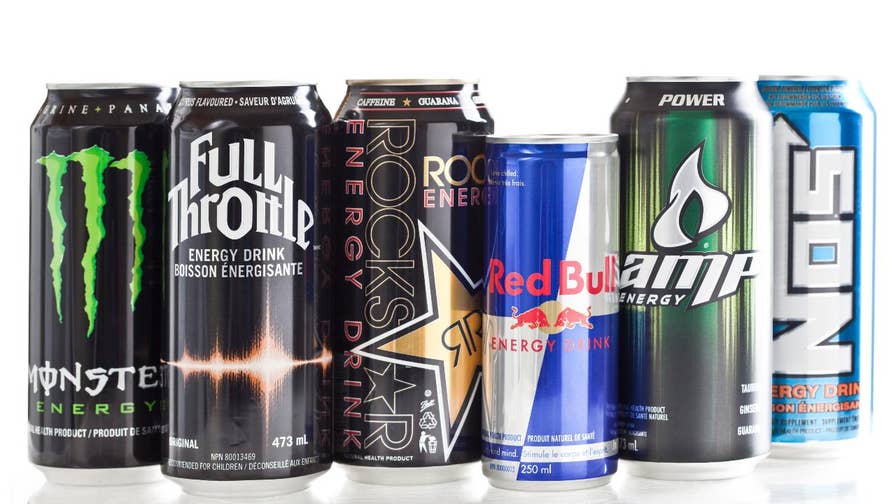 Justin’s side effects from the energy drinks were scary, including heart palpitations and sleepless nights, the Mirror reports. He would shake and break out in sweats. At one point, a doctor told him he had the heart rate of an 80-year-old man.

Due to their potential health risks, Bartholomew told the Mirror he supports banning the sale of energy drinks to anyone under 16 years old. “I also believe that a total ban should be considered.”

His son’s case is being heard in Parliament this week.