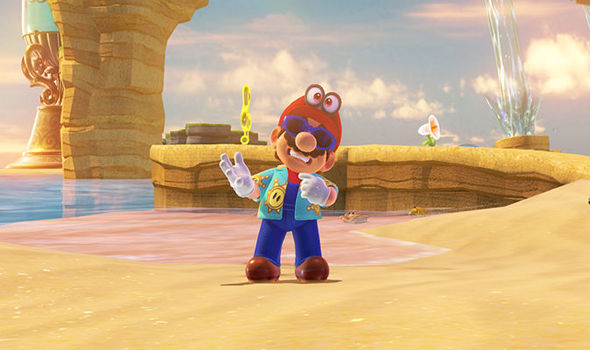 Super Mario Odyssey’s new update might hold a clue about the launch of the Virtual Console on Nintendo Switch.

During the recent Nintendo Direct it was revealed that Super Mario Odyssey would be getting new content as part of a free update.

This includes a brand new Balloon World mini game, which tasks one player with hiding a balloon while another tries to find it.

The update will also adds new filters for the snapshot mode, as well as new outfits for Mario.

One of the outfits is themed after Super Mario Sunshine, which was released on Gamecube back in 2002.

Gamecube releases have been heavily rumoured for the Virtual Console on Switch. Nintendo recently added Gamecube controller support and is believed to have tested Luigi’s Mansion, Super Smash Bros Melee and Super Mario Sunshine (via Eurogamer).

Is this Nintendo’s way of teasing an imminent Super Mario Sunshine release? Could Virtual Console be about to launch on Switch?