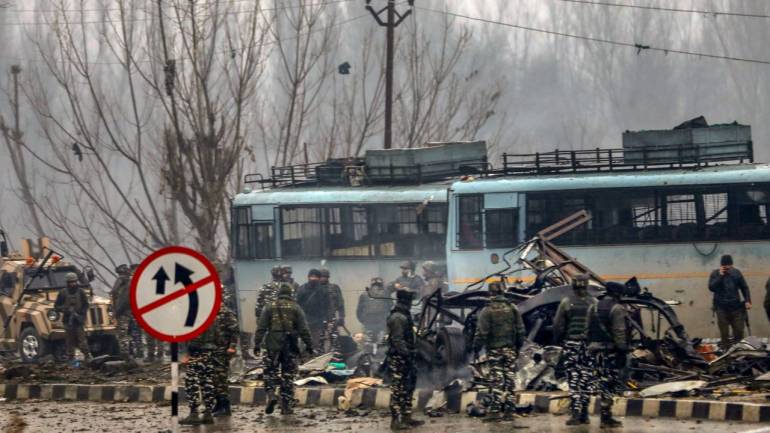 The Pulwama IED blast, which claimed the lives of 40 CRPF jawans on Thursday, was condemned by countries across the world.

While US ambassador to India, Kenneth Juster, was the first to offer his condolences, all other countries eventually extended their support to unite in the fight against terrorism. The US issued a warning to its people against travelling to Pakistan after the incident that took place on February 14.

Here’s what leaders, diplomats, and top ministers of different countries had to say:

1. The US Mission in India strongly condemns today’s terrorist attack in Jammu & Kashmir. We send our heartfelt condolences to the families of the victims. The US stands alongside India in confronting terror and defeating it.  — Kenneth Juster, US Ambassador to India.

2. We denounce terrorism in all its forms & reiterate the need to combat these inhuman acts with a decisive and collective response without any double standards. We express condolences to families of the deceased and wish a speedy recovery to the injured. — Embassy of Russian Federation

3. France has always been and always will be by India’s side in the fight against terrorism in all its forms. — Alexandre Ziegler, French Ambassador to India

4. Our country remains steadfast in its commitment against terrorism of all forms and manifestations and maintains a zero-tolerance policy against any kind of terrorist activities. Bangladesh would continue to work and cooperate with the international community including India to eradicate the menace of terrorism. — Sheikh Hasina, Bangladesh prime minister

5. The government of Nepal strongly condemns the terrorist attack in Jammu and Kashmir today that has resulted in the loss of many precious lives. In line with its principled position, Nepal unequivocally condemns terrorism in all its forms and manifestations and believes that such heinous acts of terrorism cannot be justified on any ground. — Nepal Ministry of Foreign Affairs.

6. Strongly condemn the suicide terrorist attack on the convoy carrying Indian security forces in Jammu and Kashmir today. I extend my prayers and condolences to the bereaved families of the dead and injured. — Abdulla Shahid, Maldives foreign minister

7. I strongly condemn the brutal terrorist attack in Kashmir’s Pulwama district — the worst ever terror attack in Jammu and Kashmir since 1989. I express my condolences to PM Modi and the families of police officers who lost their lives.– Ranil Wickremesinghe, Sri Lanka PM

8. Shocked and saddened to hear of the terror attack in Kashmir. We strongly condemn this heinous attack and express our solidarity with families of victims, and people and government of India. Hope perpetrators will be brought to justice.– Tandi Dorji, Bhutan foreign minister.

9. We strongly condemn today’s attack in Jammu and Kashmir’s Pulwama district and express our deepest condolences to the families of those who lost their lives and to the government and people of India. — Antonio Guterres, UN Secretary General.