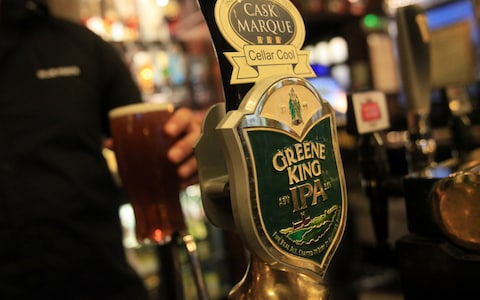 Arise in the cost of overseas holidays is likely to constrain consumer spending in pubs according to the boss of one of the UK’s biggest chains.

Rooney Anand, the chief executive of Greene King, said discussions it had undertaken directly with customers as well as its managers suggested consumers were feeling the pinch after their summer breaks.

The fall in sterling has meant spending money goes less far in euros than it has done in previous years and Mr Anand said he thought this had been a key factor behind soft recent trading, as well as poor weather during the summer.

“The types of things customers are saying is that it has cost them more to go on holiday and they had taken out more euros than they thought they would have to,” Mr Anand said.

Alongside the return to school, which inevitably throws up things such as uniform costs, Mr Anand said consumers were increasingly reluctant to put more money on their credit cards.

The chief executive added that while he was not drawing direct parallels with the run-up to the financial crisis in 2008/09, there were similar patterns playing out now.

Mr Anand said the part of its food-led estate targeted predominantly at blue-collar workers was the first to weaken in the run-up to the financial crisis and that this part of the business was a major factor in the 1.2pc drop in like-for-like sales at the pubs it owns and runs in the first 18 weeks of this trading year.

To address the slowdown in this part of the company, Mr Anand said it was getting rid of its Fayre & Square brand and repurposing those sites with a mixture of its other formats, which include Hungry Horse and Farmhouse Inns.

Shares in the company dropped almost 14pc to 566.5p on the back of the update but Mr Anand said while he was cautious about future trading, the company boasted healthy margins. He added a £60m rise in costs had been largely mitigated thanks to £45m in cost savings.

Mr Anand also said its leased and tenanted business had continued to perform well, with like-for-like net profit up 1.4pc after 16 weeks.

And the 0.5pc fall in volumes at its brewing division was better than the 2.9pc drop in the wider UK ale market. Mr Anand credited this partly to its innovations in craft beer, with its craft academy for young budding brewers helping it happen upon new recipes.

Cenkos leisure analyst Simon French said the performance of the pubs Greene King owns was “disappointing” and that weaker consumer confidence alongside increased costs and competition would mean “some downward pressure” on consensus expectations for the full year.

“Furthermore, the read across to other pub companies will likely see weakening of their share prices,” Mr French added.