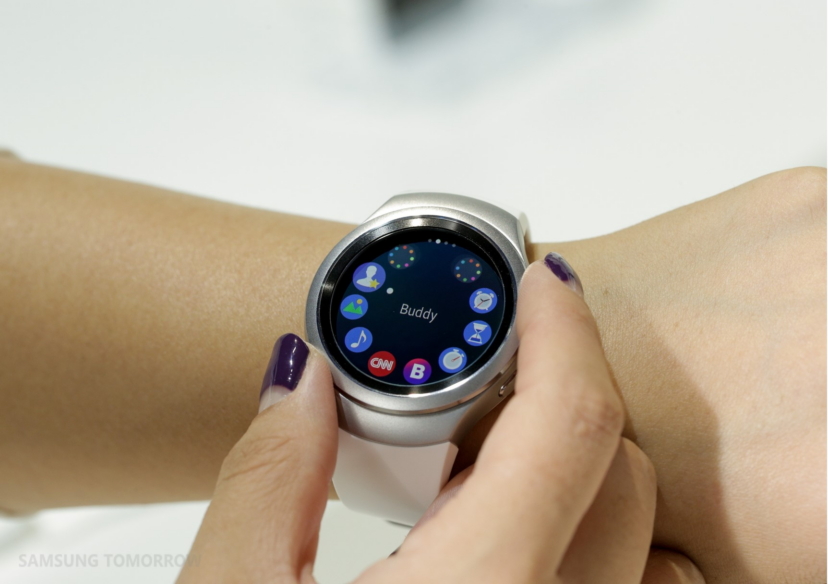 Samsung has confirmed that it is going to release a new model of the Gear smart watch very soon. Sammobile says that this announcement was made during an event that was for the launch of the Samsung Galaxy Note 8. The news was given out by the head of the mobile division of Samsung, DJ Koh, at the end of the event. The new smart watch is going to be the successor of the Gear S3 Classic and Gear S3 Frontier. This announcement doesn’t come as a surprise because Samsung has always unveiled its smart watches at IFA events in the past as well. It is most likely that the launch of this smart phone is going to take place on the 2nd of September in Berlin. This will be the first wearable that Samsung will launch in 2017, with the Gear S3 and Gear Fit 2 having released last year itself.

At the beginning of the month, Samsung SmartLab had sent out surveys to selected people which described a device that would “take the best bits from [the] Gear S3 and Gear Fit 2.” This device would be offering fitness tracking and smart watch capabilities. It is also expected to come in a form factor that is smaller than the Gear S3. A few days after this, an FCC listing had popped up in which the device was called the Samsung Gear Sport.

However, the details about the smart watch are very limited. There is no confirmation as of now about what the name of the smart watch is going to be, although it is rumoured to be called the Samsung Gear S4. It has been assumed that Bixby, which is the personal voice assistant of Samsung, is going to be present on the smart watch. Bixby was only recently launched in 200 countries across the world.

At the launch, DJ Koh did hint that the smart watch market needs to focus more on the monitoring of health. It is also expected that the processor will be faster and the battery life will be better of the smart watch. It has also been reported that the watch is going to have connectivity to WiFi and Bluetooth services. Samsung has recently also launched the Galaxy Note 8 which is going to be open for pre orders very soon. It will be made available in physical as well as online stores starting from the 15th of September. The phablet will be priced at INR 59,000 for AT&T customers and INR 61,000 for its Verizon version. DJ Koh has also said that the company is working on a smart speaker which should be announced very soon.