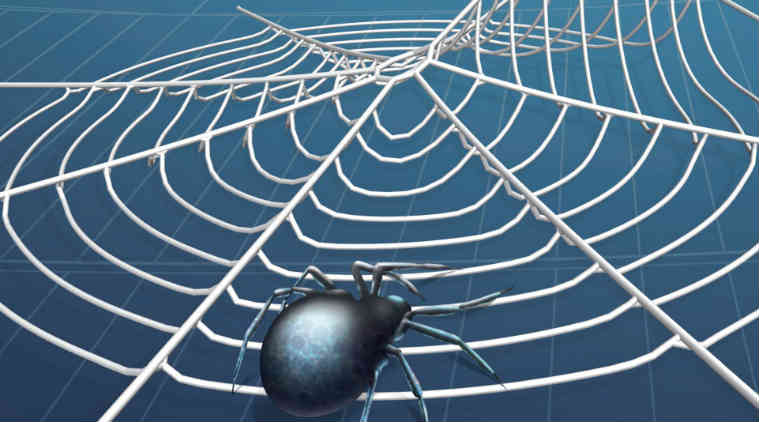 Scientists have found a way to make spiders spin stronger silks using carbon nanotubes or graphene. The discovery, published in the journal 2D Materials, could pave the way for a new class of bionicomposites, with a wide variety of uses.

Scientists have found a way to make spiders spin stronger silks using carbon nanotubes or graphene, paving the way for high-strength materials that could be used to make improved parachutes and body armours. Researchers, led by Professor Nicola Pugno at the University of Trento in Italy, succeeded in having their spiders produce silk with up to three times the strength and ten times the toughness of the regular material.

The discovery, published in the journal 2D Materials, could pave the way for a new class of bionicomposites, with a wide variety of uses. “Humans have used silkworm silks widely for thousands of years, but recently research has focussed on spider silk, as it has extremely promising mechanical properties,” said Pugno.

“It is among the best spun polymer fibres in terms of tensile strength, ultimate strain, and especially toughness, even when compared to synthetic fibres such as Kevlar,” he said. “We already know that there are biominerals present in the protein matrices and hard tissues of insects, which gives them high strength and hardness in their jaws, mandibles and teeth, for example,” Pugno said.

“So our study looked at whether spider silk’s properties could be ‘enhanced’ by artificially incorporating various different nanomaterials into the silk’s biological protein structures,” he said. To do this, the team exposed three different spider species to water dispersions containing carbon nanotubes or graphene. After collecting the spiders’ silk, the team tested its tensile strength and toughness.

The strongest silk the spiders spun had a fracture strength up to 5.4 gigapascals (GPa), and a toughness modulus up to 1,570 joules per gramme (J/g). Normal spider silk, by comparison, has a fracture strength of around 1.5 GPa and a toughness modulus of around 150 J/g, researchers said. “This is the highest fibre toughness discovered to date, and a strength comparable to that of the strongest carbon fibres or limpet teeth,” said Pugno.

“Our results are a proof of concept that paves the way to exploiting the naturally efficient spider spinning process to produce reinforced bionic silk fibres, thus further improving one of the most promising strong materials,” he said. “These silks’ high toughness and resistance to ultimate strain could have applications such as parachutes,” he added.