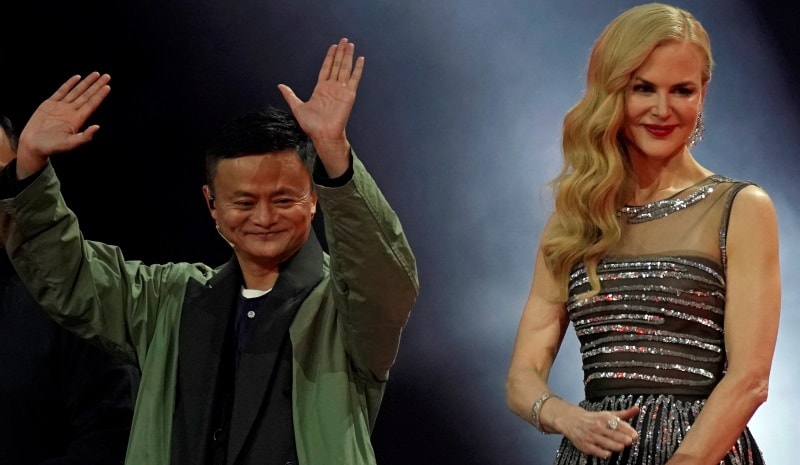 Once a celebration for China’s lonely hearts, Singles’ Day has become an annual 24-hour buying frenzy that exceeds the combined sales for Black Friday and Cyber Monday in the United States, and acts as a barometer for China’s consumers.

As tills shut midnight on Saturday, Alibaba’s live sales ticker registered CNY 168.3 billion, up 39 percent from CNY 120.7 billion last year. The dollar figure was up more steeply due to the strength of the yuan against the greenback this year.

The event began soon after a star-studded event in Shanghai late on Friday. As midnight hit, a deluge of pre-orders helped drive a billion dollars of sales on Alibaba’s platforms in the first two minutes and $10 billion in just over an hour.

“In terms of scale it just dwarfs any other event out there,” said Ben Cavender, Shanghai-based principal at China Market Research Group.

The event gets shoppers around China scouting for bargains and loading up their online shopping carts, while delivery men – and robots – brace for an estimated 1.5 billion parcels expected over the next six days.

“This is a big event for China, for the Chinese economy,” Joseph Tsai, Alibaba’s co-founder and vice chairman, said. “On Singles’ Day, shopping is a sport, it’s entertainment.”

Tsai said rising disposable incomes of China’s “over 300 million middle-class consumers” was helping drive the company’s online sales – and would continue. “This powerful group is propelling the consumption of China,” he said.

The final total – more than the GDP of Iceland or Cameroon – leaves other shopping days in the shade. Cyber Monday in the United States saw $3.45 billion in online sales last year.

Investors closely watch the headline number, though some analysts say the way it is calculated is too opaque. The US Securities and Exchange Commission launched a probe into Alibaba’s accounting practices in 2016, including into its Singles’ Day data. That investigation is as yet unresolved.

Last year, the sales number rose by nearly a third at the eighth iteration of the event – though that was slower than the 60 percent increase logged in 2015.

The excitement around the shopping blitz, however, masks the challenges facing China’s online retailers such as Alibaba and JD.com Inc, which are having to spend more to compete for shoppers in a broader economy where growth is slowing.

“A lot of the lower hanging fruit has been picked and there’s increased competition for a share of consumer spending,” said Matthew Crabbe, Asia Pacific research director at Mintel. The sale did though beat his forecast of 20 percent growth.

Online retailers were being forced to push offline as well as overseas to attract new shoppers, and the overall online retail market was close to “saturation”, raising questions about whether current rapid growth could be sustained.

“They’re having to spill over out of the purely online realm into the wider consumer market,” Crabbe said.

This has sparked deals to buy bricks-and-mortar stores in China, and overseas tie-ups especially in Southeast Asia. Technology, too, has been key, with virtual reality dressing rooms and live fashion shows to attract shoppers.

Alibaba also said it had turned 100,000 physical shops around China into “smart stores” for this year’s event. Goods perused by people at the stores, but then bought and paid for on Alibaba’s platforms, were added towards the sales total.

Fu Wenyue, a 23-year-old dresser in Shanghai, said offers this year were smaller but more “personalized” as brands used big data to hone their targets. Fu spent 4,000 yuan on clothes, cosmetics and kitchen utensils in pre-event sales, and kept shopping on the day.

“In actual fact, I think I spent even more than I did last year,” she said.