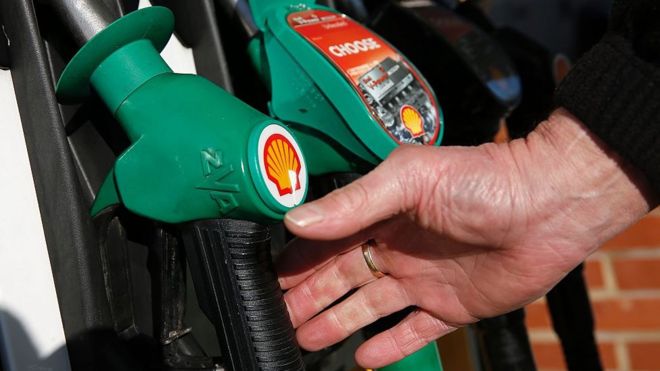 The price of unleaded petrol could surpass that of diesel in the coming days as a result of the disruption caused by Hurricane Harvey in the US, the RAC has warned.

The drivers’ association said the price of a litre of unleaded in the UK could rise by up to 4p, passing 121p.

That level has not been seen since December 2014.

Crude oil production in the Gulf of Mexico has fallen.

In response, US demand for petrol imports has jumped, driving up prices.

“But we could see unleaded rise in the coming days to around 121p a litre, with diesel likely to stay stable around 118.5p.”

He added: “This will be the first time unleaded has been higher than diesel since June 2016 and we expect this to be the case for some time to come – or at least until the US oil industry is able to get refineries back into operation.”

However, the AA said that any price rises needed to be seen in context.

“Petrol prices were already heading up because of the increase in the price of oil since mid August,” Mr Bosdet said.

“But they still have a little way to go before reaching the 119p of April and 120p of February.”

He added: “This is not Hurricane Katrina, which hit around the August bank holiday of 2005 and added 5p to a litre of pump petrol in a matter of days – before starting to fall back shortly afterwards.

Hurricane Harvey has killed more than 30 people and destroyed thousands of homes.

The costs of the storm in Texas and the Gulf of Mexico have continued to mount, with Texas authorities estimating it at $125bn (£97bn).