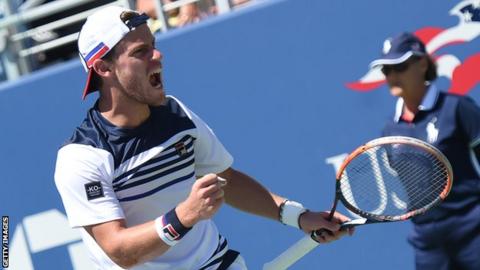 Alexander Zverev, Grigor Dimitrov and Jo-Wilfried Tsonga all went out in the second round.

Schwartzman, 25, broke his opponent nine times, including four times in the third set, to ensure there are no former title winners in the bottom half of the draw and guarantee there will be a first-time US Open finalist.