Home
Internet
Why Cloudflare kicked out the neo-Nazis 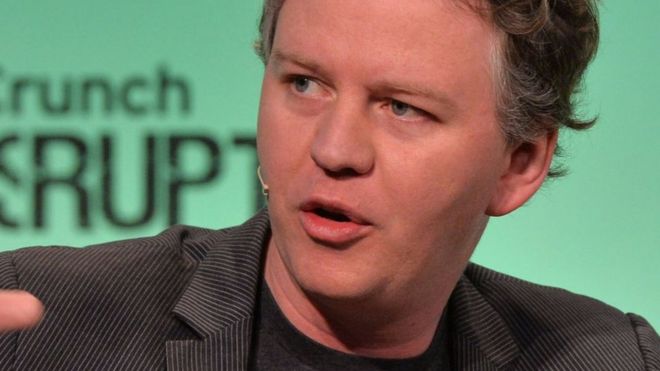 On Wednesday, a huge call was made by one of the internet’s most powerful companies.

Think of Cloudflare as the nightclub bouncer of the internet – it stops harmful traffic, designed to knock a website offline by flooding it with requests, from reaching its intended target.

It is used by everyone from dating service OkCupid to the official website of the Eurovision Song Contest.

In fact, 10% of all internet traffic, the company estimates, is routed via Cloudflare.

And it prides itself on protecting everyone and anyone, as a point of principle.

Which is why it protected the Daily Stormer, the hateful neo-Nazi website booted out by GoDaddy and Google earlier this week.

But not any more. Cloudflare’s chief executive, Matthew Prince, has withdrawn his company’s services – but in doing so issued a nervous warning about the future of the internet.

Cloudflare’s decision represents an unprecedented and significant escalation in the way private companies have chosen – or been pushed – to police the internet.

Concerns over freedom of speech and censorship are often toothlessly barked – but the fact is that when anyone joins those sites, they agree on a set of terms and conditions that prohibit such talk.

With Cloudflare, it is a wholly different situation.

In removing its protections, Cloudflare admits, it is essentially removing the Daily Stormer’s ability to exist anywhere on the open internet – given that the site has faced continual cyber-attacks for years, which will probably continue.

The straw that broke Cloudflare’s back, Mr Prince told me, was seeing neo-Nazis claiming that senior executives at Cloudflare were supporting their cause.

He also made this point later, in a blog post.

But the more important question, and the root of Mr Prince’s concern, is simply who decides what stays and what goes.

“Because I feel like we have a very principled position, and we just made an exception to that position.

“While that’s very popular and people on Twitter are saying nice things about me, I really worry about the long term.

“The internet that I’ve built a company around, and spent the last 20-plus years enjoying, was one where any idea could exist.

“I worry that that’s a little less true today.”

It puts us in the dreaded “something must be done” stage of proceedings, and many in internet businesses are concerned.

“Hard cases make bad law,” Mr Prince said, and in the swirl of anger around what is happening in the US, hasty decisions could prove disastrous further down the line.

So what happens next? In the near-term, division.

An excellent recent LA Times piece looked at the consequence of extreme voices being sidelined on the internet.

It detailed how we are already seeing an alt-right-powered internet, with entire companies set up to give voices kicked off other platforms a chance to express their views.

Almost every major internet service is getting its alt-right counterpart.

Instead of GoFundMe, there’s WeSearchr. Instead of Reddit, there’s Gab. This trend will continue.

For now, the Daily Stormer has been chased out of town and resides in the grotty depths of the “dark web”, accessible only via a special type of browser (I interviewed the creator of the software recently).

Mr Prince told me he would not know if he had made the right decision until about five years from now.

In the meantime, he is expecting the already hard battles the company endures to protect important, legitimate websites to become even tougher.

“We said we would never take down a customer or site based on political pressure,” he said.

“We protect things like LGBT [gay, lesbian, bisexual, transgender] rights groups in the Middle East, and journalists covering corruption across Africa, human rights organisations in China… we get pressure all the time to take those organisations offline.

“And it’s really powerful to be able to say, ‘We have never done that.’ As a result, that was something we saw as a really difficult line to cross.”